Taylor Swift dropped Folklore. She’s not the only one making music in lockdown – CBC.ca

Drake, Little Mix and other artists are serving up music for fans during pandemic

For music fans who thought all artists were using quarantine to catch a break and relax, think again.

Taylor Swift, for one, has been busy writing and recording new music — and she has a new surprise album to prove it.

The whole thing was a surprise until Thursday morning, when the pop singer-songwriter took to Twitter and Instagram to announce the new tunes. 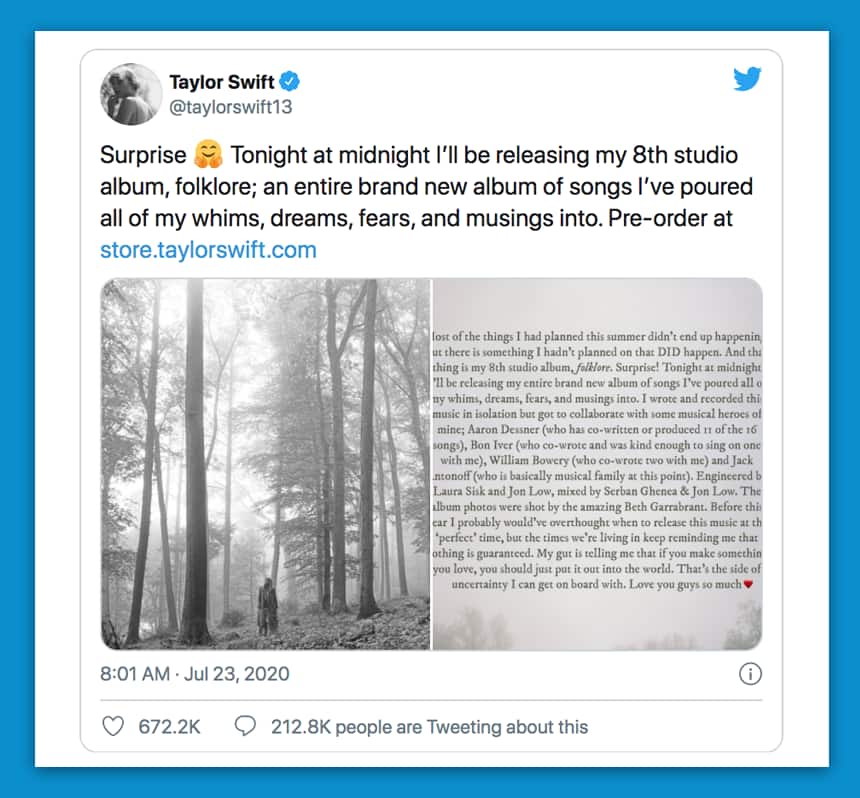 Other artists making music, too

But it’s not just the mega-famous pop star that has people excited — other artists have been turning quarantine into creative time. 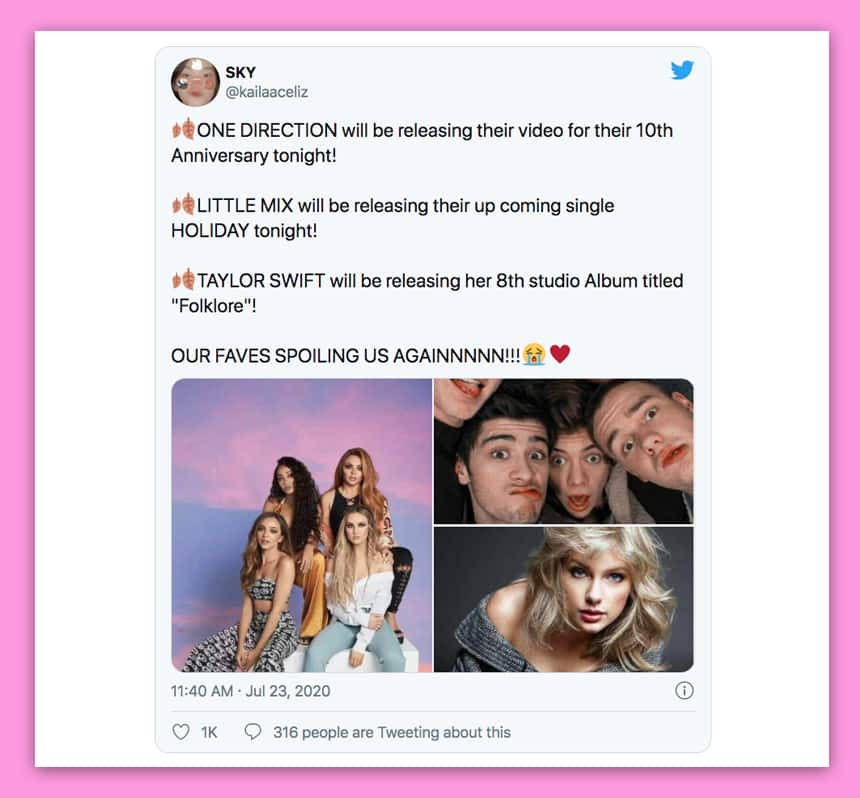 British girl group Little Mix is expected to drop a new single on Friday, as well as an album at some point this summer.

The band One Direction, which announced it was taking a break in 2015, also released a new video on Thursday in honour of their 10-year anniversary.

Hip-hop artists like Lil Baby and Anderson .Paak have taken things one step further by releasing songs with direct references to the COVID-19 pandemic.

In his song Lockdown, Anderson .Paak sings, “You should’ve been downtown. The people are risin’. We thought it was a lockdown,” in reference to Black Lives Matter protests taking place in the U.S. during the pandemic.

Hip hop artist Psychs also made a rap called COVID-19, which has racked up more than a million views and urges people to stay safe and reduce the spread of the virus.

Drake even released a video for his song Toosie Slide at the beginning of April that features views of the empty streets of Toronto during the pandemic. 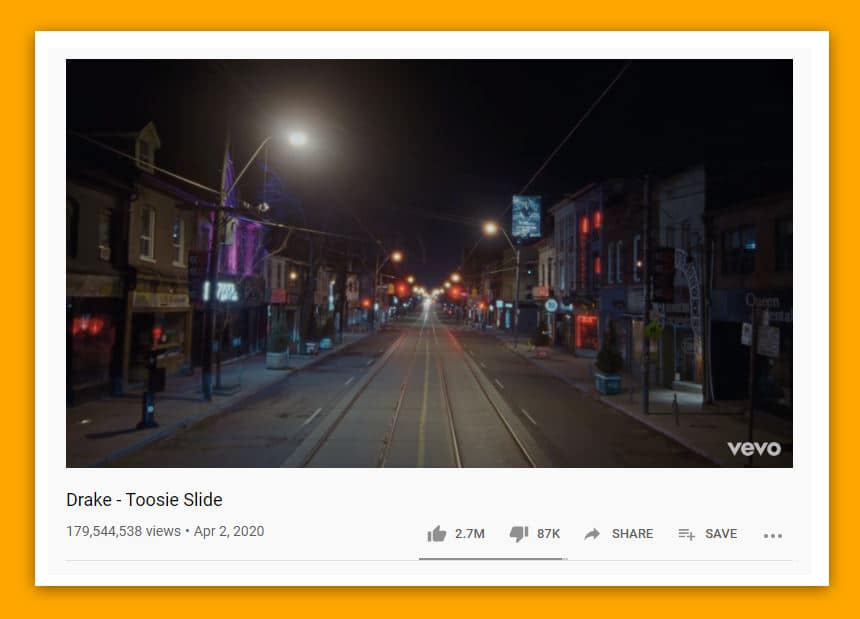 Filming a music video during COVID-19

Like Drake, Swift proved it is possible to film and release a music video during the pandemic.

She wrote and directed a music video for cardigan, one of her new songs, all with physical distancing measures in place.

She said the entire shoot was overseen by a medical inspector and everyone wore masks and respected physical distancing guidelines. 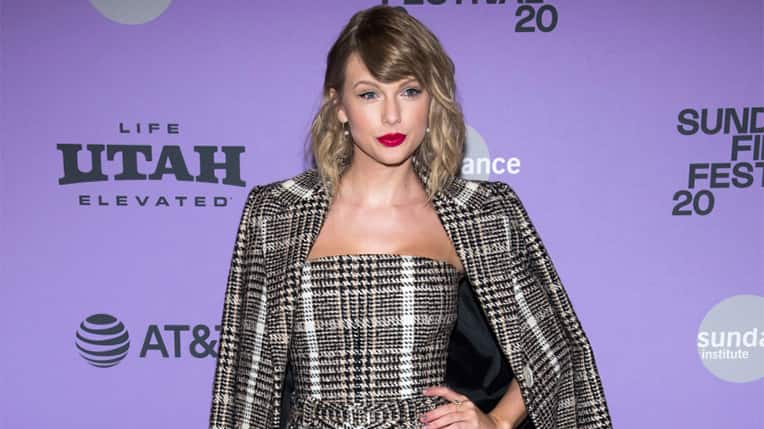 Taylor Swift at the premiere of ‘Taylor Swift: Miss Americana’ in Utah in January. Swift said before this year she ‘probably would’ve overthought’ the perfect time to release music, but COVID-19 has changed her mind. (Image credit: Charles Sykes/Invision/The Associated Press)

As for her hair, makeup and styling? Swift says she did that all on her own.

“My gut is telling me that if you make something you love, you should just put it out into the world,” she wrote in an Instagram post.

“That’s the side of uncertainty I can get on board with.”

While some artists have stayed busy for these past few months, the pandemic has shifted plans for many.

Singers like Luke Bryan and Alicia Keys are among artists that have delayed the release of their albums. Lady Gaga also postponed the release of her album Chromatica, but then dropped it in May.

Meanwhile, pop stars like Billie Eilish and Justin Bieber postponed their 2020 tours due to the pandemic.

Other artists, including the Jonas Brothers and Harry styles, also cancelled performances.

While Bieber announced new tour dates for 2021 on Thursday, it’s currently unclear if or when other artists will reschedule their shows.

Is a Kanye West album coming?

Meanwhile, Kanye West hinted on Twitter last week that he would release his next album, titled Donda after his late mother, on Friday.

Many fans on social media had anticiapted that the album would be out by midnight, but were left dissapointed when it wasn’t released.

It’s unclear when or if he will release his album.