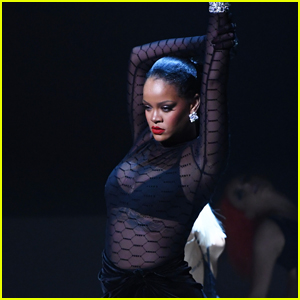 The top 10 richest stars who primarily reside in Britain have been revealed, including one unexpected entry…Rihanna!

PHOTOS: Check out the latest pics of Rihanna

While almost the entirety of the Top 10 of the list have already made appearances, one entry is brand new, coming in with a whopping fortune of an estimated £468 million – and that’s Rihanna, who places third on the list.

“She somewhat caught us by surprise. Very few people knew she was living in the UK until last summer. Now she’s well placed to be the first musician to reach billionaire status in the UK,” said Robert Watts, who compiles The Sunday Times‘ annual list.

Rihanna‘s fortune includes her Fenty Beauty line, which is valued at $3 billion, as well as her lingerie line, Savage X Fenty, and of course, her vast music catalog.

According to the report, her fortune makes her “the richest female musician not just in the UK, but the world – ahead of Madonna (£462m), Celine Dion (£365m) and Beyoncé (£325m).” Incredible!

In addition, Rihanna has been doing some amazing things to help out amid the pandemic.