Eminem Debuts Surprise Album ‘Music To Be Murdered By’ At No. 1 In The U.K. 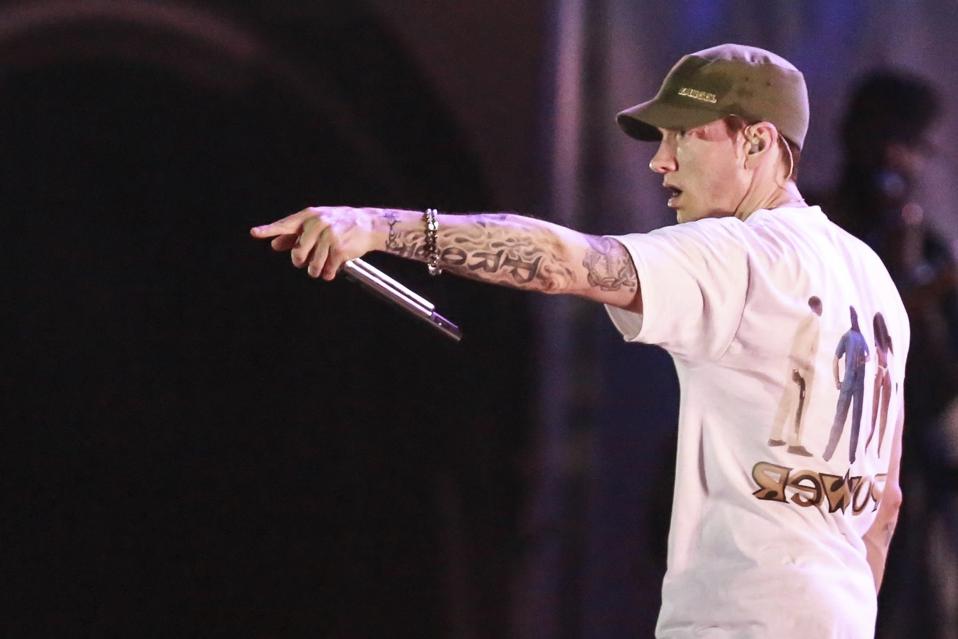 Just when it looked like English rock outfit The Courteeners were headed straight to the top for the first time in their career with new album More. Again. Forever., Eminem swoops in and steals the spotlight with a full-length nobody saw coming. The rapper’s surprise release Music to Be Murdered By debuts at No. 1 in the U.K., giving the superstar yet another leader.

The dark new set is Eminem’s tenth No. 1 in the country, a milestone that few have reached in the history of the chart.

As a member of D12, Eminem collected one additional No. 1, with 2004’s D12 World, so Eminem has really made it to the top 11 times with albums credited either to him or to a band he’s a member of.

All of those wins are important, but since they were pushed under different monikers, Eminem’s chart-topper count only rises to 10 with a new blockbuster release.

As Music to Be Murdered By arrived completely by surprise, none of the tunes featured on the set were promoted as proper singles until it was available in full. This week, three tracks debut on the songs chart, which is all that’s allowed according to Official Chart Company rules. Eminem’s collaboration with Juice WRLD, “Godzilla,” opens at No. 1, giving the late rapper his first chart-topper and Em his tenth. Next up at No. 12 is “Those Kinda Nights,” which features Ed Sheeran. Finally, his own “Darkness” starts at No. 17.