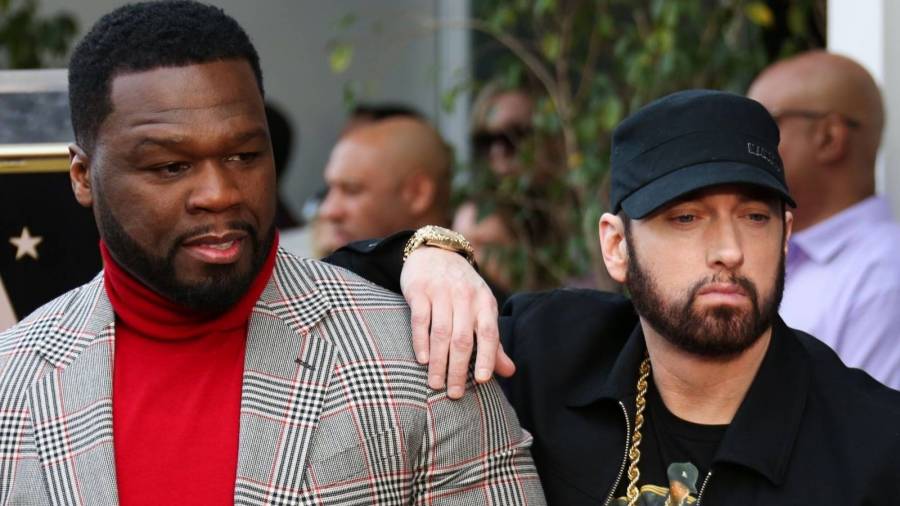 50 Cent celebrated a monster milestone after his “Patiently Waiting” collaboration with Eminem crossed the 100 million streams mark on Spotify.

On Sunday (June 28), the television mogul shared a photo of himself with Em at his Hollywood Walk of Fame ceremony and christened Shady the G.O.A.T. At the same time, he made sure to pat himself on the back.

“This combination will always work,” he wrote in the caption. “I think it has something to do with EM being the best rapper in the world but i’m not so bad. LOL.”

“Patiently Waiting” was featured on 50’s inaugural album Get Rich Or Die Tryin, which arrived in 2003. It marked the beginning of Fiddy and Shady’s long-running collaborative relationship and ultimately, their friendship.

As the Power co-producer revels in his win, here are some Eminem and 50’s biggest songs, including “Patiently Waiting.”